CORONAVIRUS: Click here to read latest update
News About us Contact us Testimonials Meet the team For professionals Donate 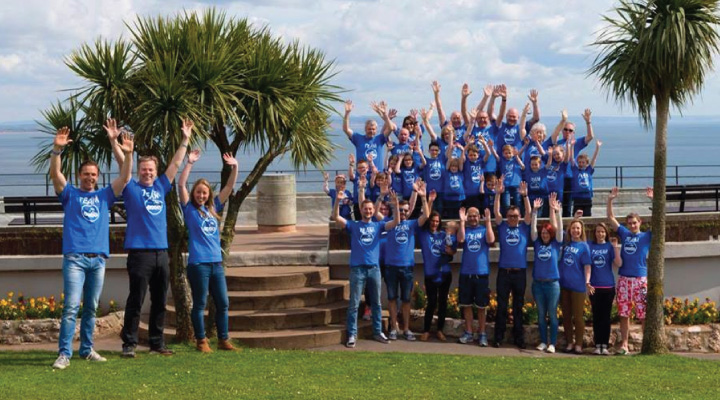 THHN was founded in the summer of 2009 by Torquay hotelier Luke Tillen after a chance viewing of an episode of Channel 4’s ‘Secret Millionaire’. The episode featured on a small charity in the seaside town of Blackpool, called ‘Donna’s Dream House’, the charity was run by Len & Barbara Curtis, who tragically lost their only daughter Donna, aged 20 years old to cancer.

We are a community of individuals and businesses who donate our time and services; uniting together to make a difference.

During Donna’s 4 year battle with the disease she encountered a great many terminally ill children and was astounded by their bravery and courage. Donna vowed her legacy would help them live a little more happily in the time they had left. Len & Barbara made it their labour of love to fulfil their lttle girls only fairlytale dream and set up the charity, where they offer free holidays to families who have seriously ill children www.donnasdreamhouse.co.uk

The programme followed a family with a little boy who was taking his final holiday before passing on some weeks after filming. Watching this absolutley saddened Luke to his core and made him realise exactly just how lucky he was to be the father of his first child; of four, Oliver. Luke was inspired by Len & Barbara’s great work and realised being a hotel owner he was in a position to be able to help families in a similar way.

Luke decided to contact the charity CCPA (Childhood Cancer Parents Alliance – formerly NACCPO) to see if they would like to offer a free holiday to a deserving family who they were helping? They were delighted with Luke’s offer and soon found a family to fill Luke’s very kind offer. Luke realised he was in contact with many other accommodation providers in the area and decided to contact them to see if they may like to offer the occasional free holiday when their bookings would allow. He then thought to contact the local tourist attractions to see if they could offer the families free entry whilst on their free holidays. Luke spent days on the telephone and sending emails out to all kinds of businesses whom he thought may have something to offer to these families who could really use a break and so the Torbay Holiday Helpers Network was born!

The idea of THHN has absolutely snowballed and it now sends families who have children with serious illnesses, bereaved families who have children and families with children who have a terminally ill parent from all across the UK on free holidays, not just to Torbay but to destinations across the country and abroad. The charity has grown at such a rapid speed thanks to the generosity of the local business community, businesses further afield and an army of big hearted volunteers.

When families come to Torbay on a THHN holiday they will be able to gain free entry and services from well over 100 businesses to enhance their holidays.

Thanks to very kind fundraisers THHN is now able to offer families who are in financial difficulty grants to cover their travelling expenses. Invariably when a family has a seriously ill member one parent will have to quit their job to care full time for the sick child or parent and this has a huge financial impact on the family on top of what they are already dealing with.

What THHN does is not going to change any situation or cure any illnesses but what it does do is give families something positive to focus on, acts as a good distraction from hospital appointments and situations families are faced with, but most of all it gives families quality time together to build those all important memories that they will treasure forever.